Did someone in your life dis your coaching dream? 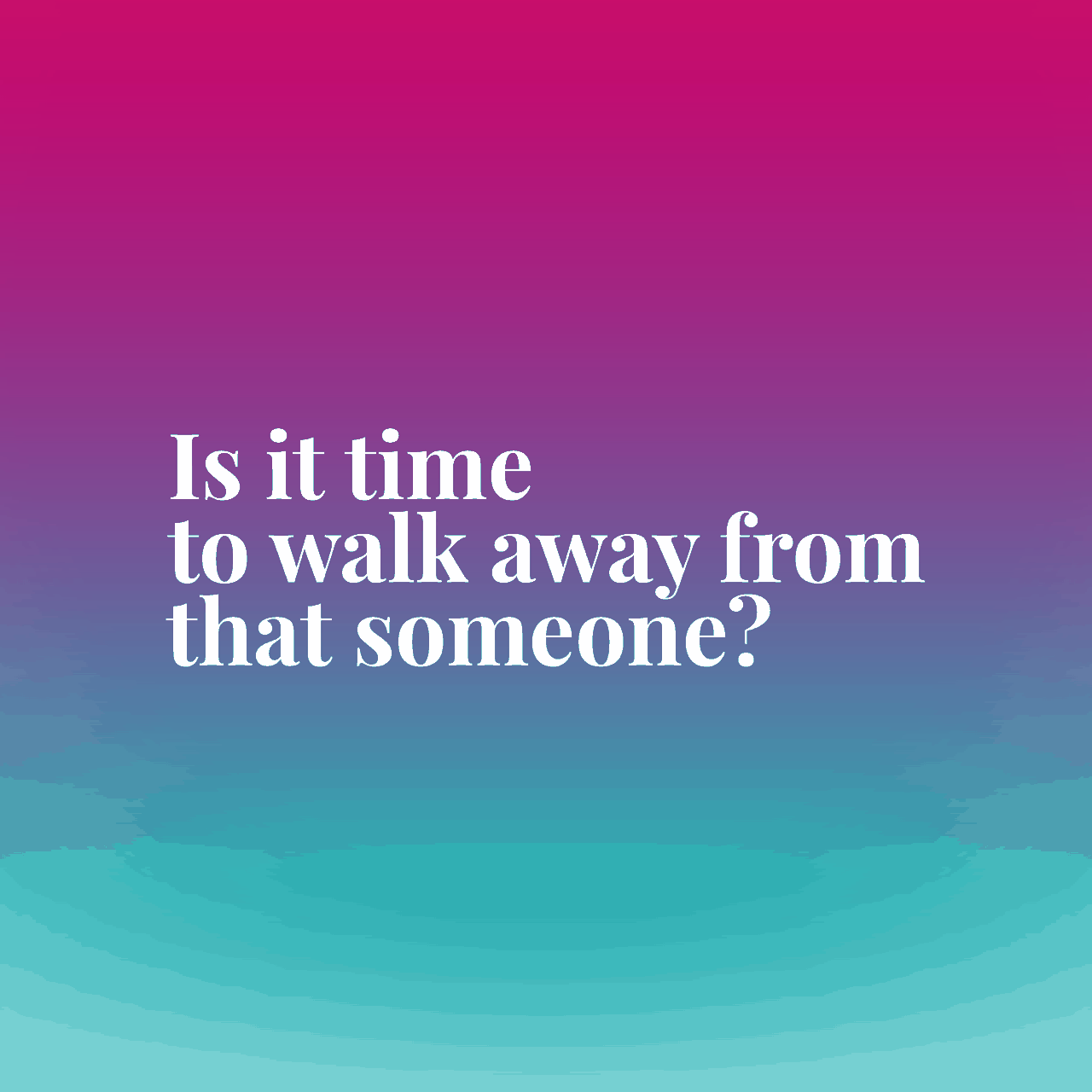 A hugely popular topic among our students is: How to know when to leave people behind who don’t support your coaching dreams?

If, since saying YES to your coaching path, you’ve experienced this in your own life from one or more people, read on!

Growth is scary. Not only for you who is doing the growing but also for your loved ones who’ve maybe only known a smaller, more fearful version of you in the past. Or for friends or acquaintances who may lack the courage to take such a bold step in their own lives, and so may unconsciously hope that you fail.
Our budding success can prove to be uncomfortably challenging for some people in our lives and they may project their insecurities and fears on you whether consciously or unconsciously now that you’re stepping into a NEW you and owning your path as a Health Coach. Perhaps some people in your life are feeling one of a number of ways—most likely because they are afraid to lose you if you grow and change so much that you ‘outgrow’ them.
Here are a number of ways that people in your life may react to you spreading your wings and preparing to fly. They may:

These are just some variations of the more extreme ways that we’ve heard students talk about what people in their lives—be it friends, spouses, siblings, parents, coworkers etc—have said explicitly or implied after they’ve declared out loud that they are studying to become Health Coaches.
Perhaps you’ve experienced one or more of these statements from people in your own life, in more subtle ways, like your coworker who no longer seems to want to chat with you now that you’ve told her you’re quitting your job to become a coach. Or your sibling who keeps changing the subject every time you want to talk about your dream of coaching. Or your spouse who keeps bringing up “the money issue” whenever you show excitement about your new career.
Or maybe you’ve experienced people’s reactions in the extreme just like the bullet points we listed above and you’ve taken what they’ve said to heart so much that you’re thinking about quitting your coaching studies or giving up on your coaching dreams altogether. Or it’s left you with such a bad taste in your mouth that you’ve lost your enthusiasm and your drive. Or worse, you’ve started to believe that what they say is true.
No matter what it is that was said or who said it, if you are left feeling unsupported by someone in your life and that your vision for a bolder, brighter future, and a more empowered you is not seen and not heard, then maybe it’s time to bid farewell to this person if it’s an acquaintance or even a friend.
And if it’s a family member, then it’s either time to have that hard conversation where you first make sure that you are clear and grounded and assertive in your commitment to becoming a coach to the point that no matter what they say will not make you have a change of heart.
Or maybe it’s time to impose a “time-out” and let them know that you appreciate that they are concerned for your wellbeing (it’s likely their inner critic having these concerns in the first place) but that you trust that you know what are doing and that you are choosing to disengage in the relationship until such time when they can give you their support in your decision to become a coach.
Often, what will happen in time is that they will see you growing and thriving, even from a distance, and will eventually drop whatever baggage they were carrying that was in the way of supporting you and they’ll eventually come round to being there for you. And if they don’t, then maybe a longer time-out is needed.
We know it’s super hard to let go of those you love, or even those who may not be that close to you but whose opinions you valued in the past, but we truly believe that sometimes it’s okay to love or value someone and still let them go in order for you to better serve yourself and your future.
The best thing you can do if you’re experiencing this in your life right now is to turn to other students for in your cohort for support or to bring this up to talk about on your Success Coaching calls, and most importantly, to realize that you are not alone. Someone else is going through something similar with someone in their lives and many others have experienced this and come through it victorious too and are now thriving coaches!
The amazing thing is that when others in your life witness you in your power, it often eventually gives them permission to start to embrace their own, if they’re able and willing. Otherwise, they will simply fade into their smallness and grow further and further apart from you as you spread your wings.

Remember, whenever we take a step towards valuing ourselves more, our relationships are forced to shift.

So don’t blame yourself for others’ reactions and trust that you have made the best choice for yourself and your future. The best advice we can give to you is to own your choice to become a Health Coach. Wear it with pride. Declare it out loud and proud. Keep connecting with your why underneath the why—your motivating factor for wanting to coach. Remember how it felt when you said YES to this. And in the words of Henry David Thoreau:

“Go confidently in the direction of your dreams. Live the life you have imagined.”—Thoreau